Murder on the Pamlico 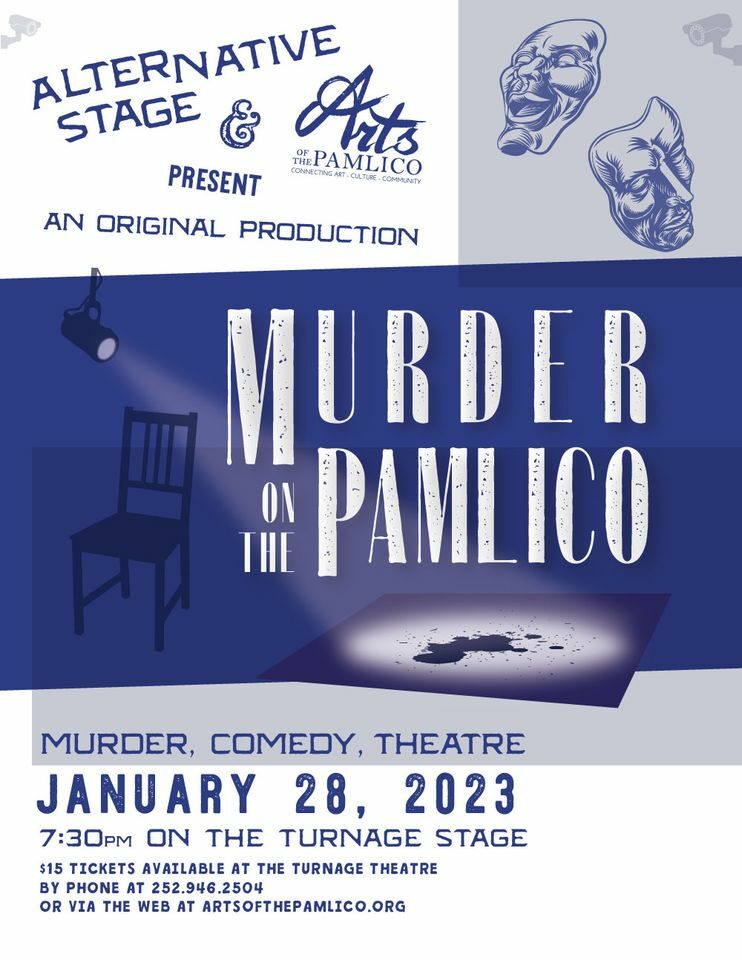 The questions are, Who? Why? What? When? And who cares?

This twisted tale of the apparent murder of a missing victim stars retiring Det. Ballard Watson, a high-ranking member of Pamlico’s small police force. Watson is nearing retirement, and eager to solve one last big case. An assailant left all-too-obvious evidence of foul play – but nobody – backstage after a rehearsal for the players’ drama, “Murder on Pamlico Moor.” Now, Watson calls the cast and crew together for a reckoning worthy of Sherlock Holmes. Or Barney Fife.

As the evening progresses, the characters behind “Murder” will spill all their shocking secrets. And, when the smoke and dishes are cleared, the culprit will stand revealed. You’ll have a chance to interact with most of the cast members during the cocktail hour. Will you solve the case ahead of Watson?