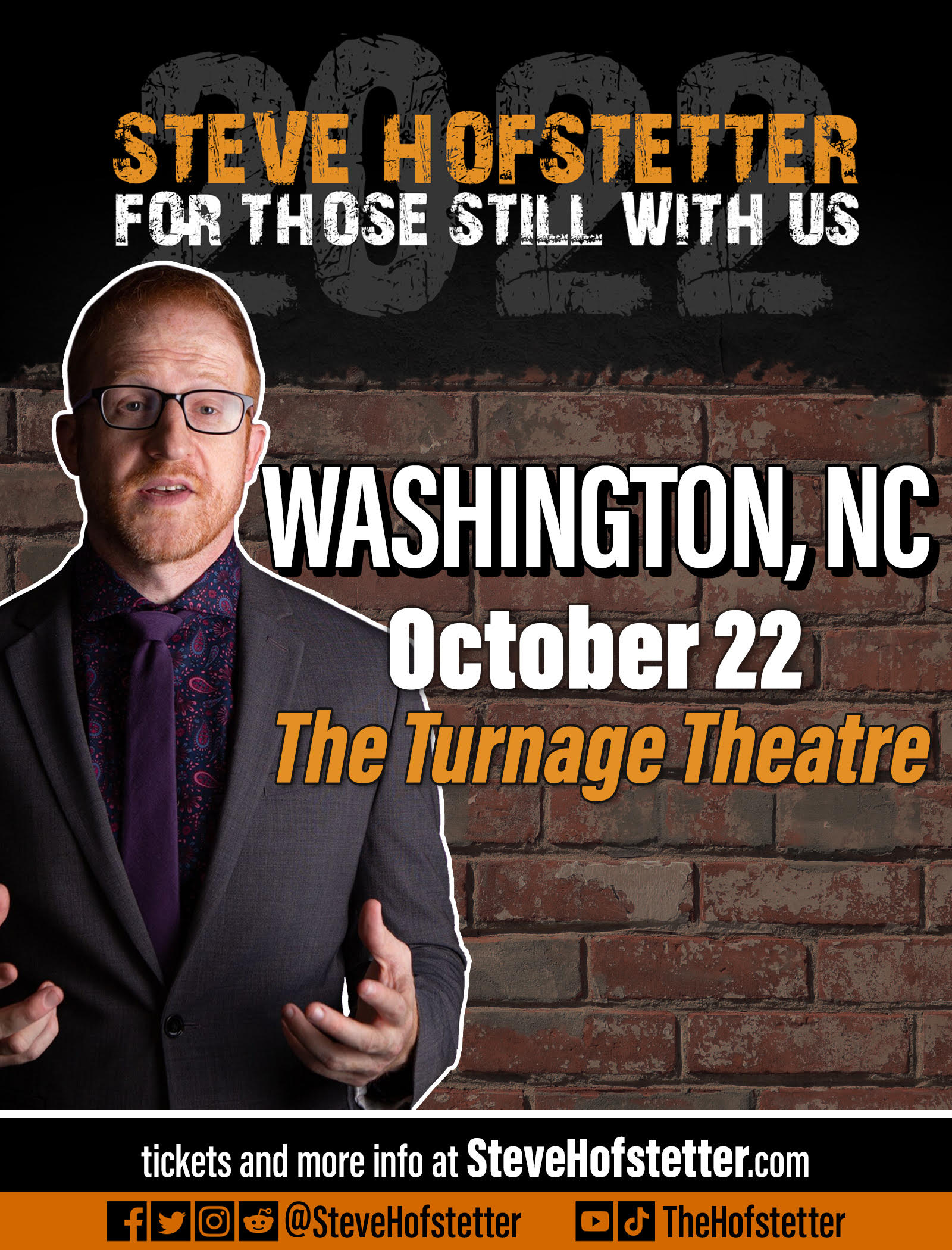 Comedy Night at The Turnage Theatre! Starting at 630pm will be family friendly comedy in the Gallery featuring The Unintentionals. Dinner ticket available. Then our MAIN EVENT Steve Hofstetter will take the stage in the Palace Theatre at 8pm.

Hofstetter, who has a whopping 185 million views on YouTube, is also the host of Finding Babe Ruth on FS1. His book (Ginger Kid) is a top 5 pick on Amazon and debuted at number one in its category. Hofstetter was the host and executive producer of season one of Laughs (FOX) and he has been on The Late Late Show with Craig Ferguson and E! True Hollywood Story, Comics Unleashed, Comedy All-Stars, Quite Frankly, White Boyz in the Hood, Countdown, and more. He’s been in four movies, and he has had two top 20 comedy albums (including one that hit number 1 on iTunes comedy charts). He is a former columnist for Sports Illustrated and the NHL, and has also written for Maxim and the New York Times, among others.

Get your tickets now!