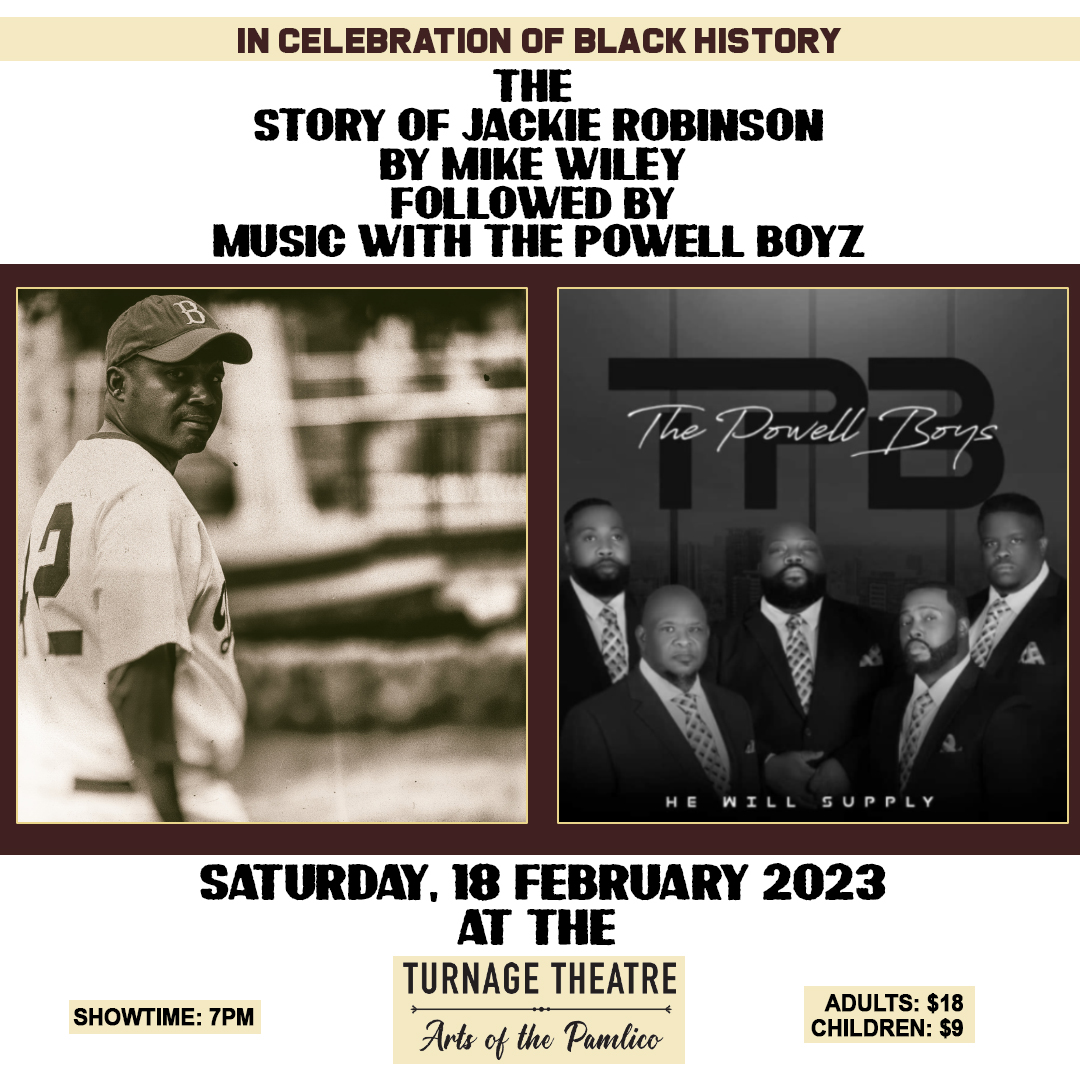 JACKIE ROBINSON: A GAME APART
Glimpse into baseball legend Jackie Robinson’s life during a bygone era of separate and unequal locker rooms, whites-only hotels and restaurant back doors. Witness the hopeless humiliation of a star player showered with adulation on the field –but a second-hand citizen outside the stadium. Meet compatriots fighting the same battles between end zones, inside the ring, around the track. JACKIE ROBINSON: A GAME APART is a powerful lesson of courage through dedication, perseverance and leadership performed by Mike Wiley.

Following this powerful performance will be The Powell Boyz Soul Music Performance on-stage in the Turnage Theatre.  Enjoy Gospel & Soul music for a local group with recent awarding winning gospel songs such as: He Will Supply.